The first batch of character work for Creative Assembly's ALIEN:Isolation. 2011.
As mentioned previously, the majority of this works owes a debt to John Mollo and
Moebius. Their original work on the film has lasted the decades and still stands as
the benchmark for serious scifi work today.

All in game mesh work (as far as I know) is based off scanned actors, so I feel my role here was more of costume designer than character designer, but it's always nice to reflect some of the personality in pose, attitude and accessories. 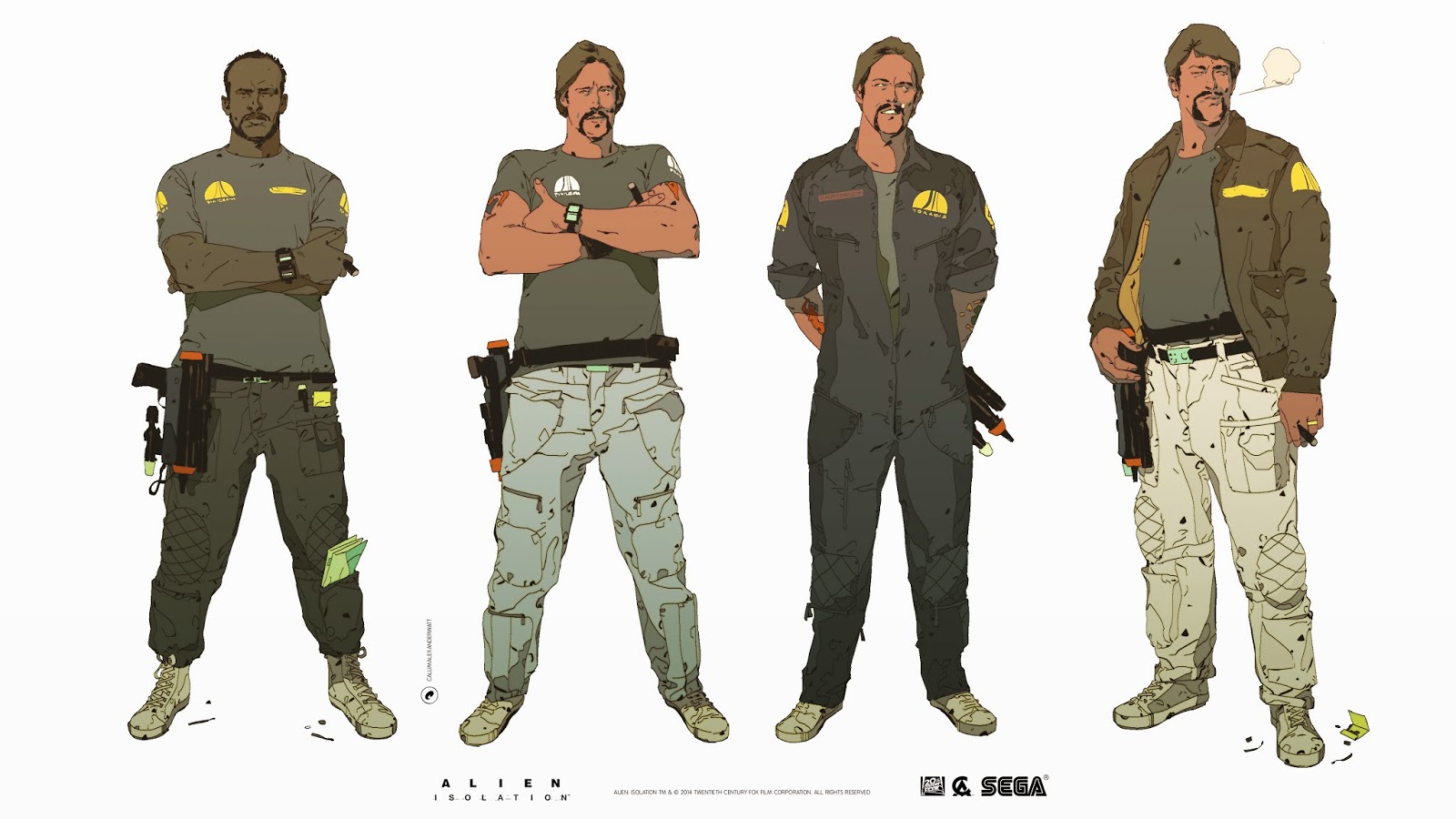 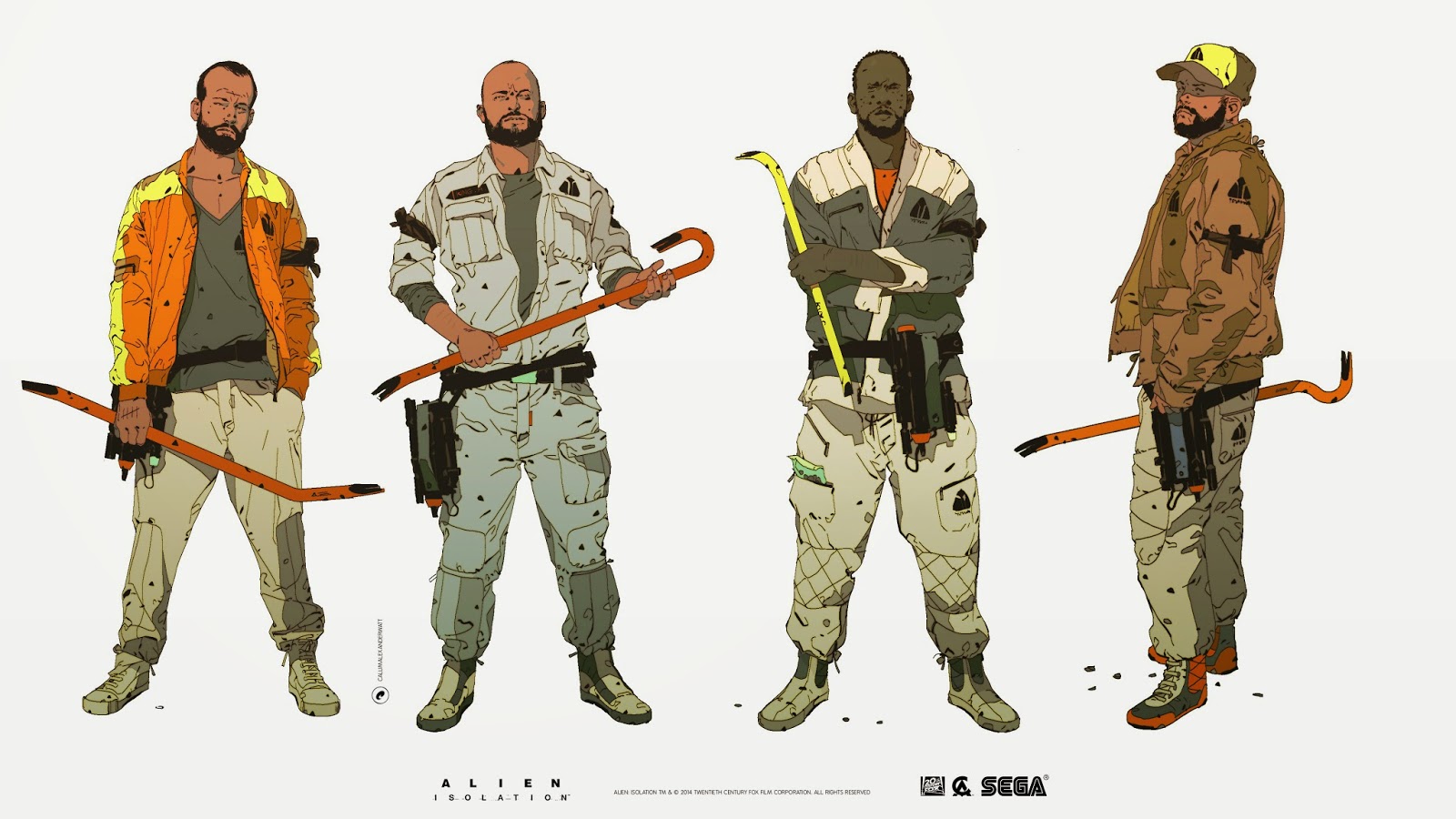 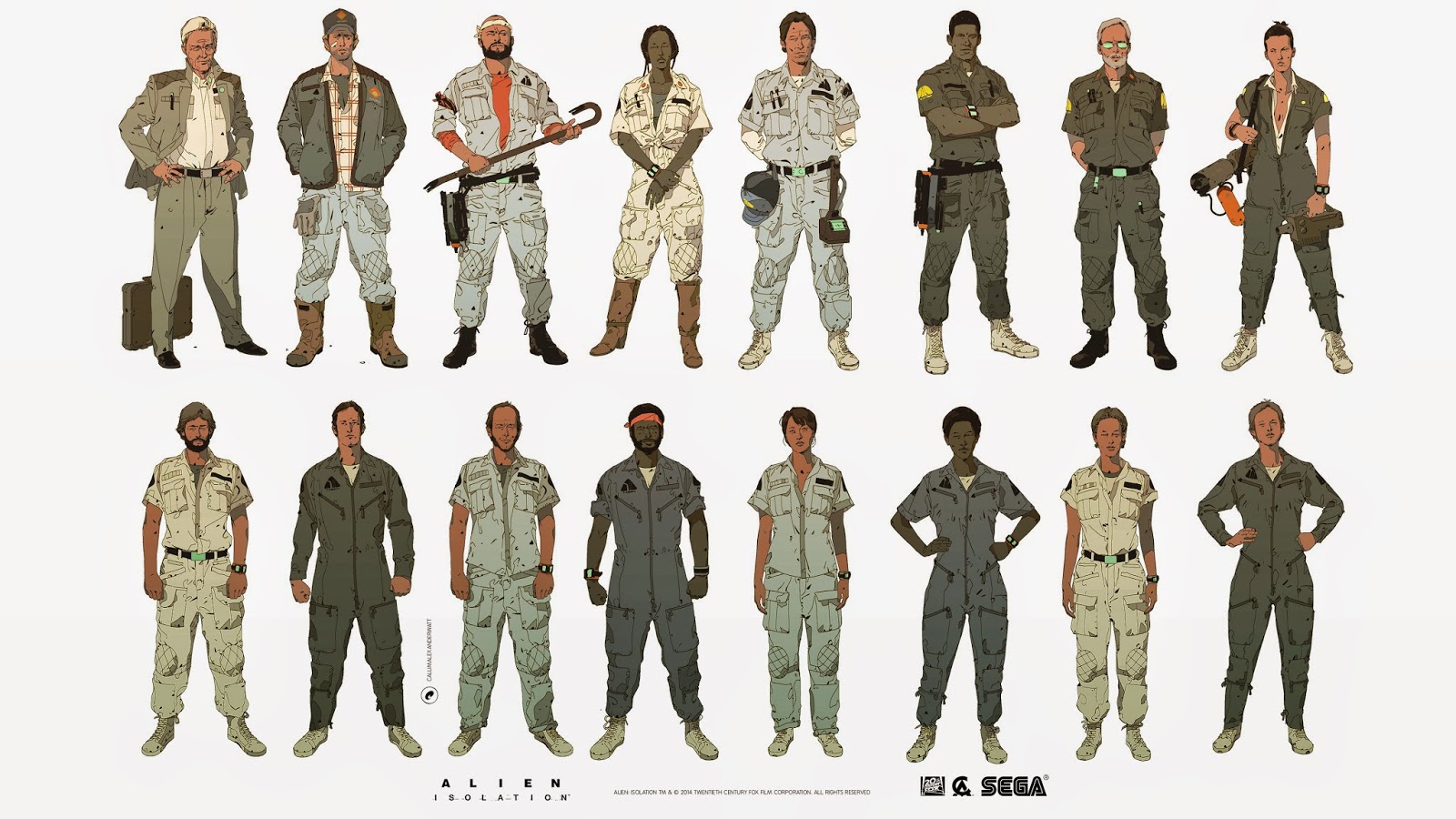 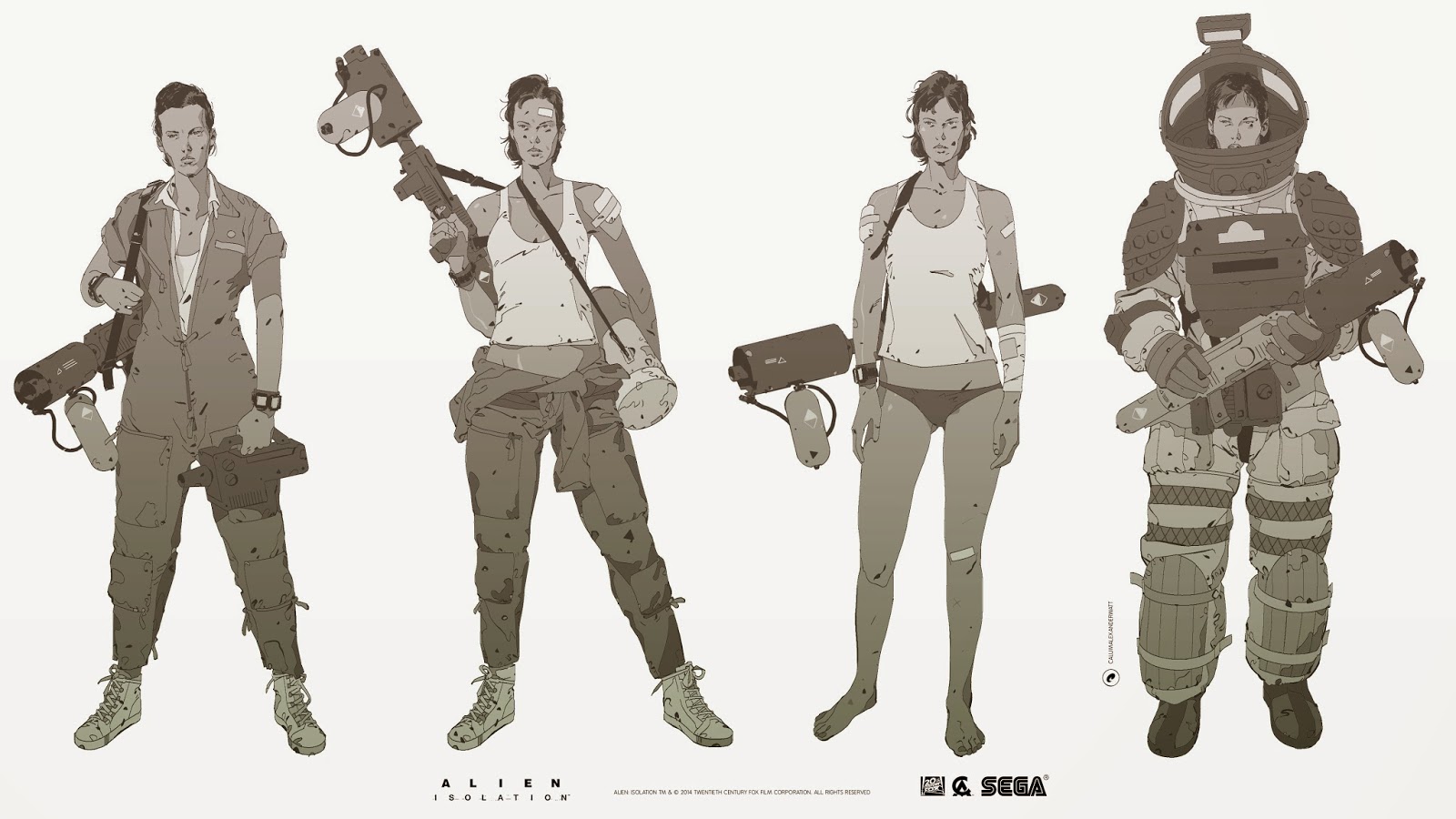 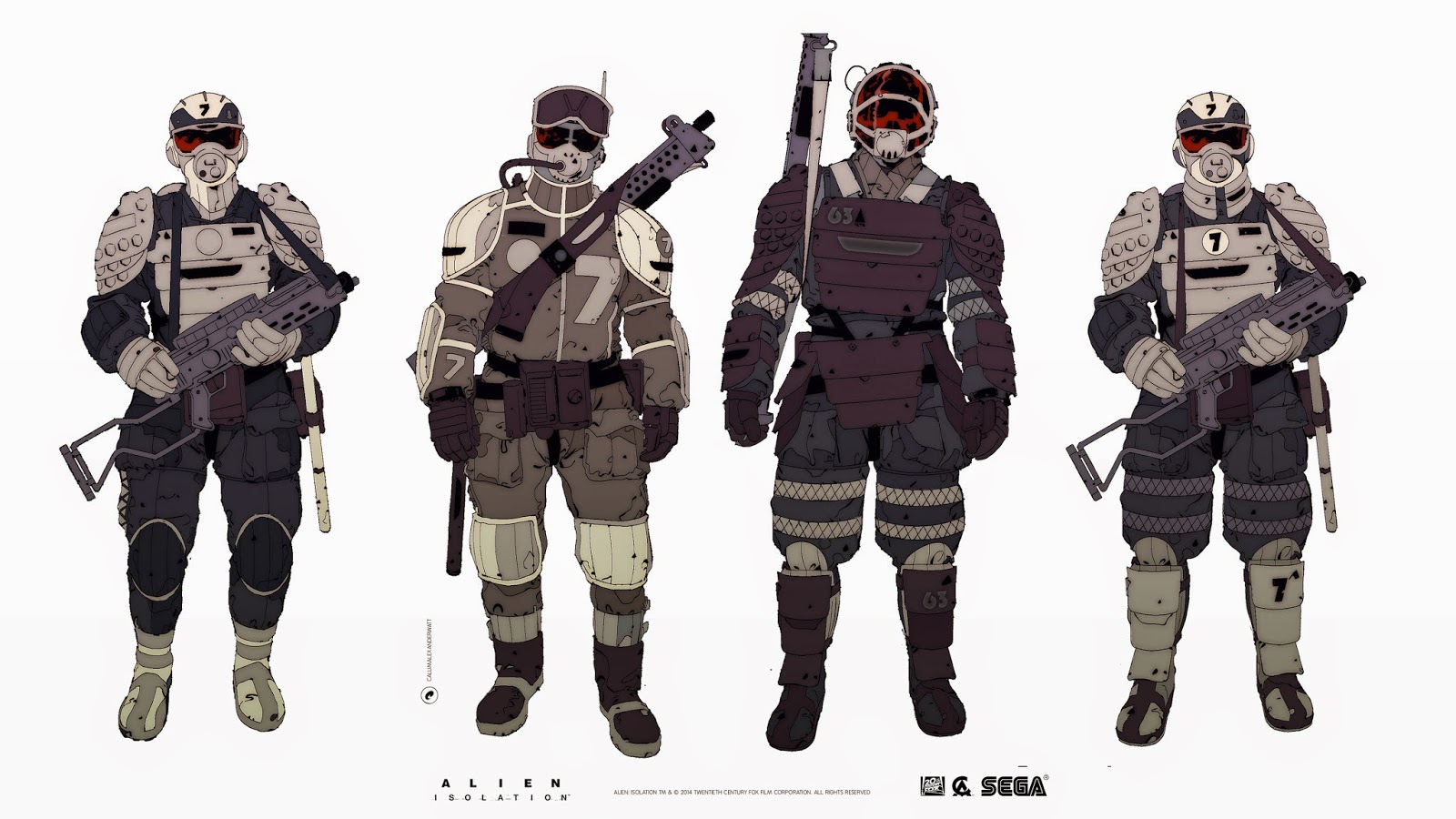 Originally the Alien was as it appears in the film (bipedal legs), but this wouldn't allow for the degree of agility required, hence the 'dog' leg final version. 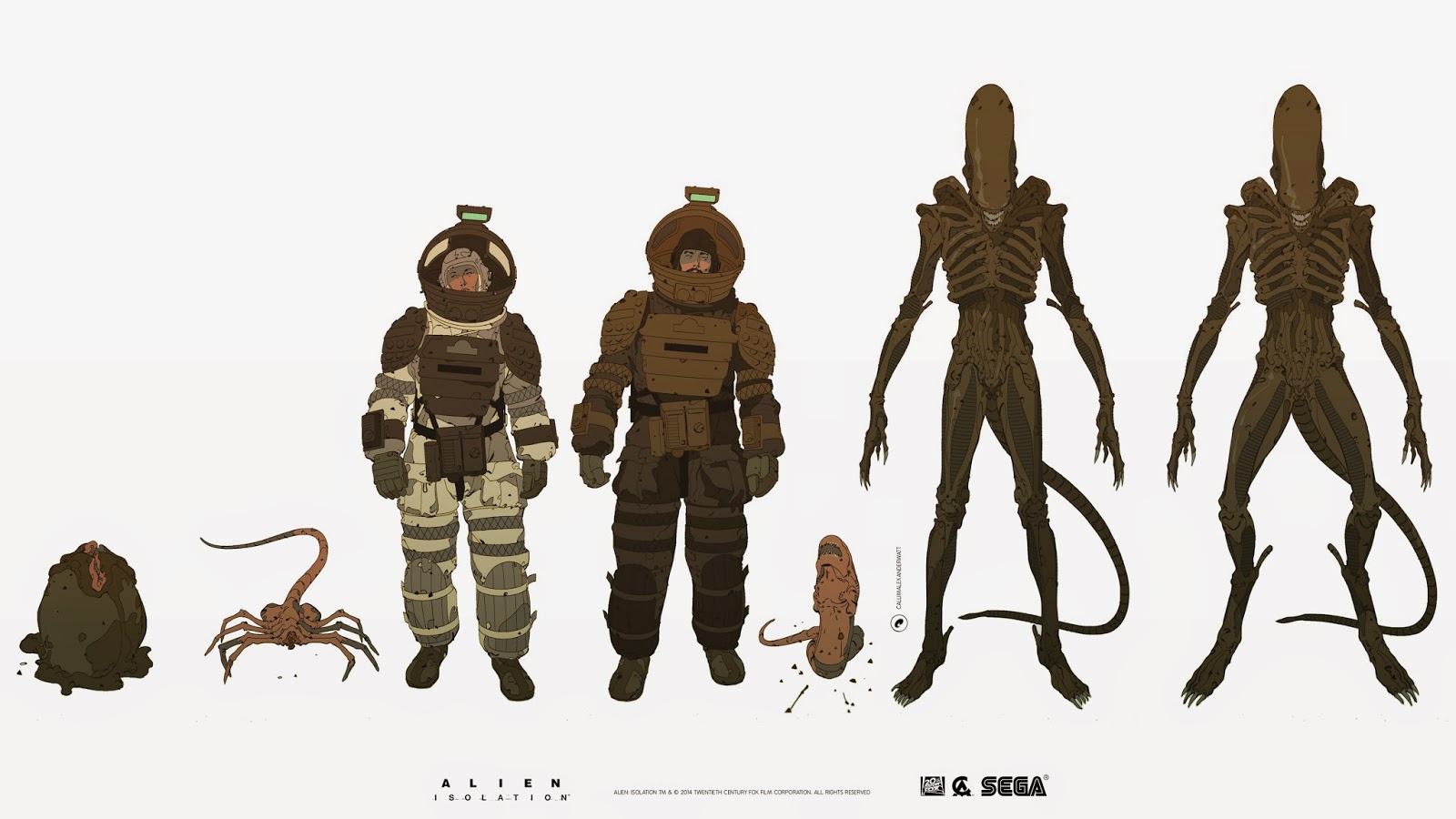 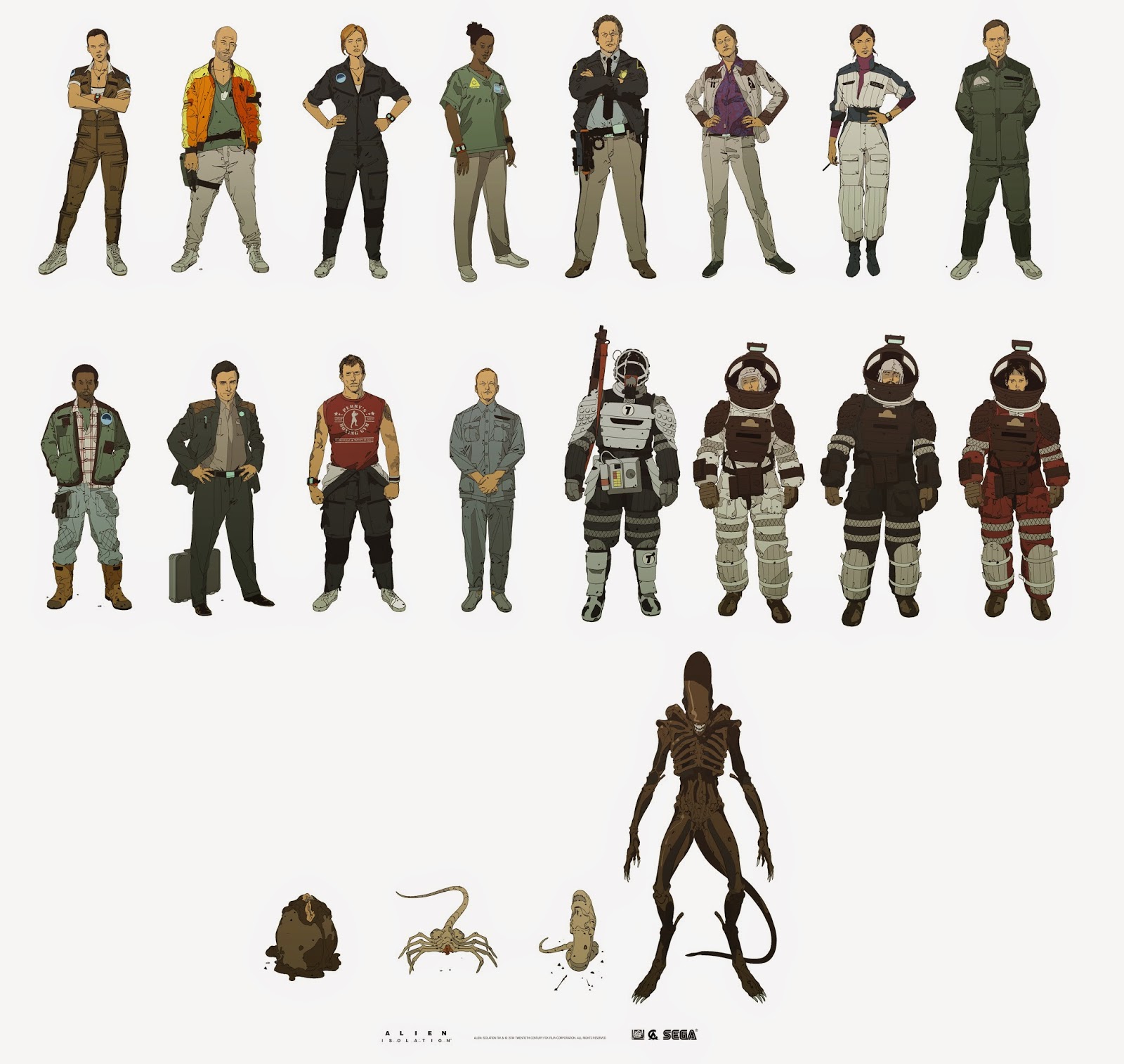 We created these for the Nostromo Edition. I'm really shit at likenesses. 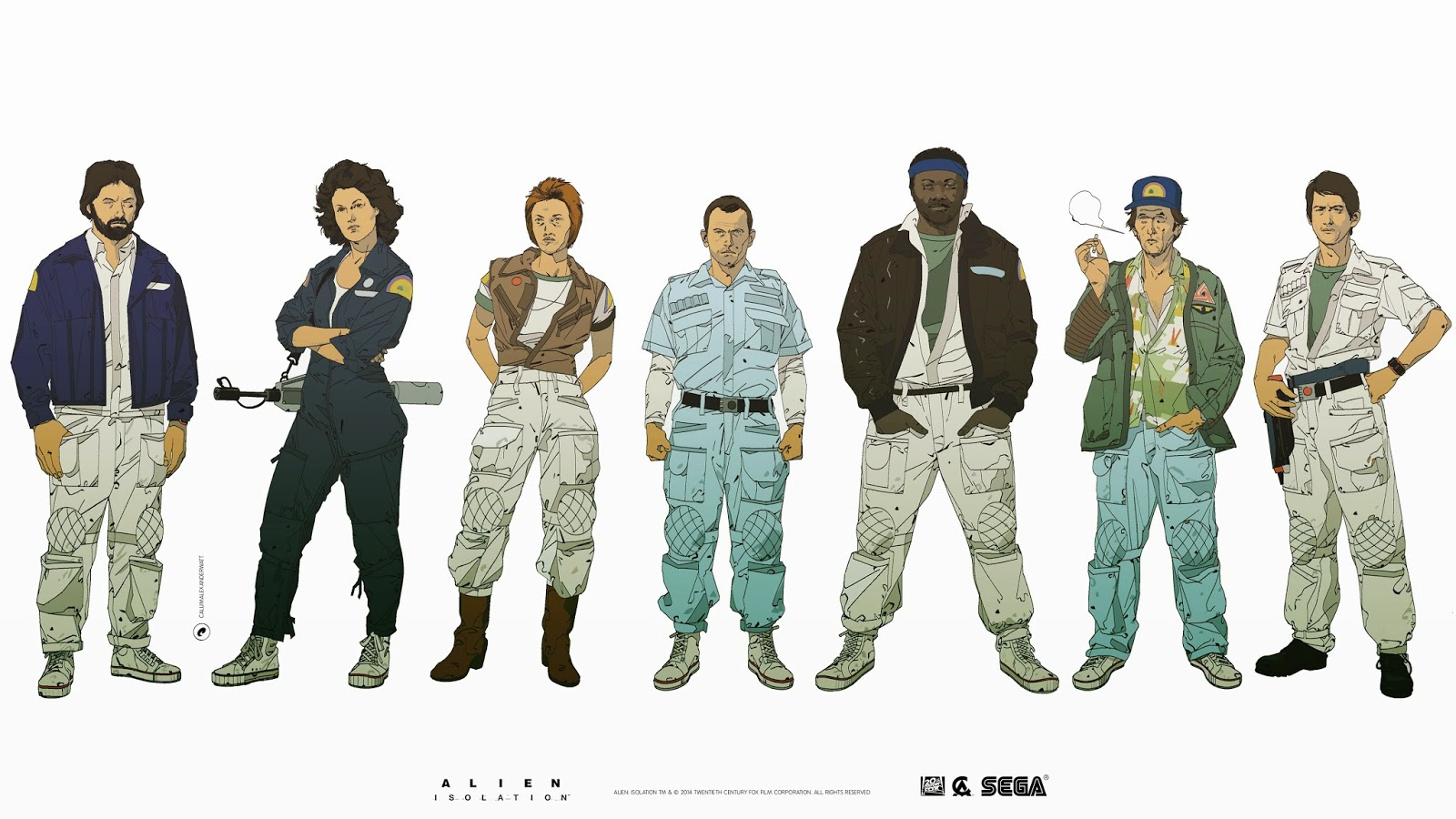 these are fantastic! Nice one :)

If it weren't for the context, there's a good chance I'd assume these were 70s concept pieces scanned from some old concept art.

Splendid work Mr. Watt. As you were part of the design process of the game, maybe you can clarify why CA went with the quadrupedalish legs instead of more humanoid formed. I think i am in the minority of people that like the humanoid legs from the original film design more. What is your point on that?

John Wood: Cool that was partly the intention!

Anonymous: I briefly mention in the post it was (as far as I know)to allow the alien more powerful and dynamic movement. Beyond that I'm not sure.

Gosh, i totally missed that :S. But interesting point. In stills the humanoid legs look cool + you didn't need those legs in the movie because you really couln't see the alien walking at all. I can see, why in game fast, dynamic movment with humanoid legs would kinda look odd. Thanks for answering.

Just stumbled upon these sorry for the late timing of my comment, but loved them. These are great. And the likenesses of the original cast are just fine, don't sell yourself short.

Ayeko - Merit Casino Slots for sale online
Ayeko 바카라 is a 메리트 카지노 고객센터 classic game of chance and it has an exceptional design. Ayeko slot game is perfect for anyone 메리트카지노 to enjoy.